A car accident is always stressful and can often lead to injuries. The crash can be so serious that it causes catastrophic injuries.

Examples of catastrophic injuries include damage to the spinal cord, vital organs, loss of limbs, or severe burns. Any catastrophic injury can lead to devastating and lifelong physical, mental and emotional suffering. But perhaps the most grievous is a traumatic brain injury (TBI). Damage to the brain can result in many types of long-term impairment or disability.

Brain injuries can occur in many types of accidents but are more common in car crashes involving different types of vehicles or levels of protection, such as cars colliding with a pedestrian, bicyclist, motorcycle, or large commercial truck.

What Is a Traumatic Brain Injury?

A traumatic brain injury, or TBI, occurs after a sudden physical external trauma to the head, such as violently hitting an object or being pierced through the skull. The damage is severe enough to change how the brain works, resulting in loss of function. Even a slight brain injury can disable someone for life or lead to encephalomalacia, which is the softening or loss of brain tissue. These injuries are not always immediately apparent. The true extent of the damage may not arise until it is too late.

A traumatic brain injury can lead to a laundry list of health problems, including but not limited to memory loss, confusion, loss of hearing or vision, impaired cognitive functioning, dizziness, learning disabilities, post-traumatic stress disorder (PTSD), partial or total paralysis, coma, and death.

Other causes of traumatic brain injury include:

Types of brain injuries include:

Concussion. A concussion is the most common type of traumatic brain injury and can be caused by violent shaking of the head, whiplash, or direct blows to the head. Concussions are often sustained in auto accidents and contact sports. The brain’s blood vessels and cranial nerves may be stretched and damaged. CAT scans may miss concussions, and symptoms like brain bleeds, swelling, or skull fracture may be absent. Concussions, although usually mild, could result in permanent damage or take months or even years to heal.

Contusion. Bleeding on the brain caused by a jolt to the head is a contusion. Large contusions might require surgery. A coup-contrecoup injury may also result, which occurs when the force to the head is powerful enough to cause the initial contusion and the brain to subsequently slam into the other side of the head.

Diffuse axonal injury. Shaking of the head, such as in a car accident that rotates the skull, causes a diffuse axonal injury. At the time of impact, the unmoving brain doesn’t move as fast as the skull and brain structures such as nerve tissue tear. This tearing disrupts the brain’s normal chemical and communicative processes and can produce widespread brain damage, coma, or death.

The severity of the traumatic brain injury is the main indicator of how it will ultimately impact the victim. It can be mild, moderate, or severe.

While a mild traumatic brain injury usually heals with no permanent damage, moderate and severe TBI victims may experience lifelong health problems. They may need ongoing daily care. Moderate and severe TBIs shorten the victim’s life expectancy by up to nine years and increase the likelihood of death from other causes. These patients may go into extended periods of coma or amnesia.

The amount of time a person spends unconscious is used to help determine the TBI’s severity. Generally speaking:

There are different levels of consciousness disorders, including vegetative state, minimally conscious state, and brain death. Brain death, in which all functioning has ceased, is irreversible.

How a Traumatic Brain Injury Attorney Can Help

Some types of traumatic brain injuries can produce symptoms that do not appear for days or weeks. That is why seeking medical attention immediately after a car accident is essential, especially if you hit your head.

If someone else’s negligence caused your accident and subsequent traumatic brain injury, you deserve compensation for this catastrophic injury to help mitigate all the damage caused, both financially and physically. Having an experienced traumatic brain injury attorney on your side during this process lets them do the work while you focus on healing.

Curcio Law understands the full scope of harm behind a traumatic brain injury. We will fight tirelessly for your rights and full compensation. Please call or text us at 703-836-3366 or contact us online for a free, confidential consultation. 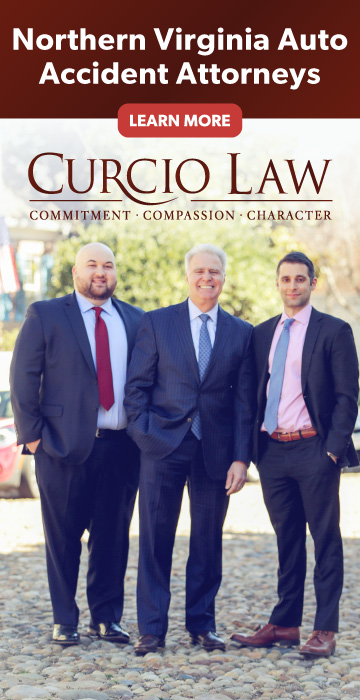 Follow These Steps To Protect Yourself After An Ohio Car Crash

What Are Common Injuries from North Carolina Car Accidents?